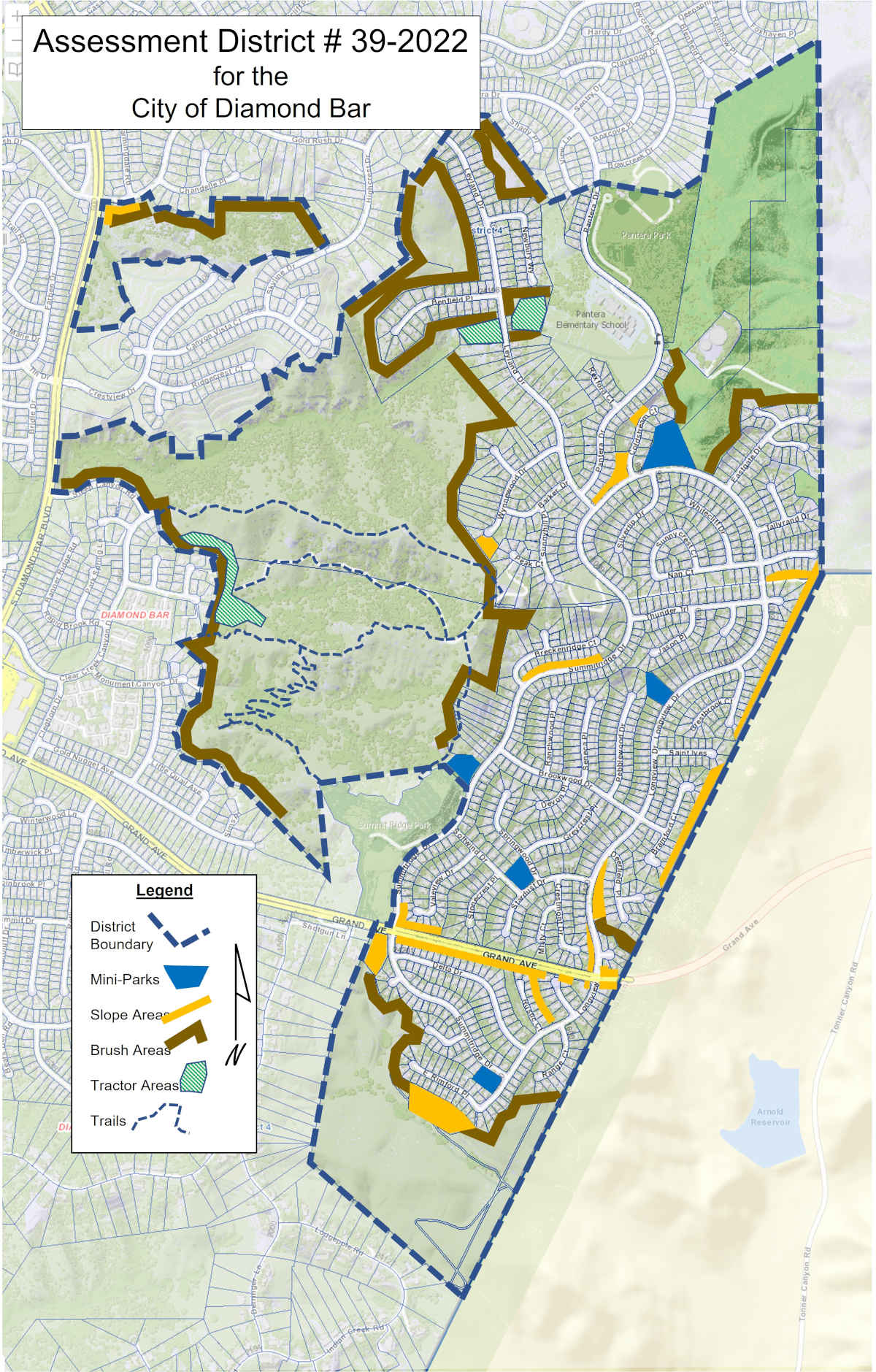 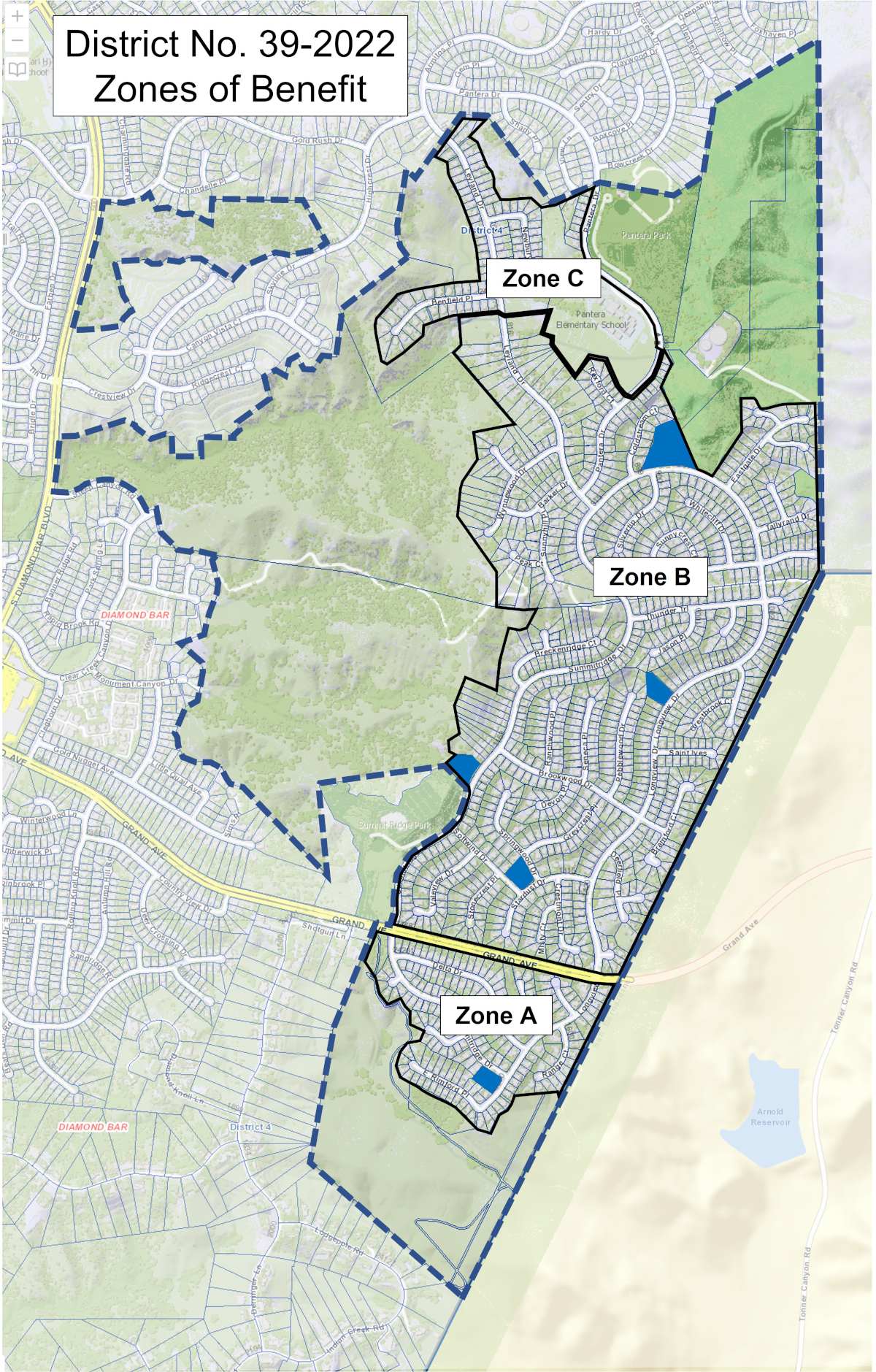 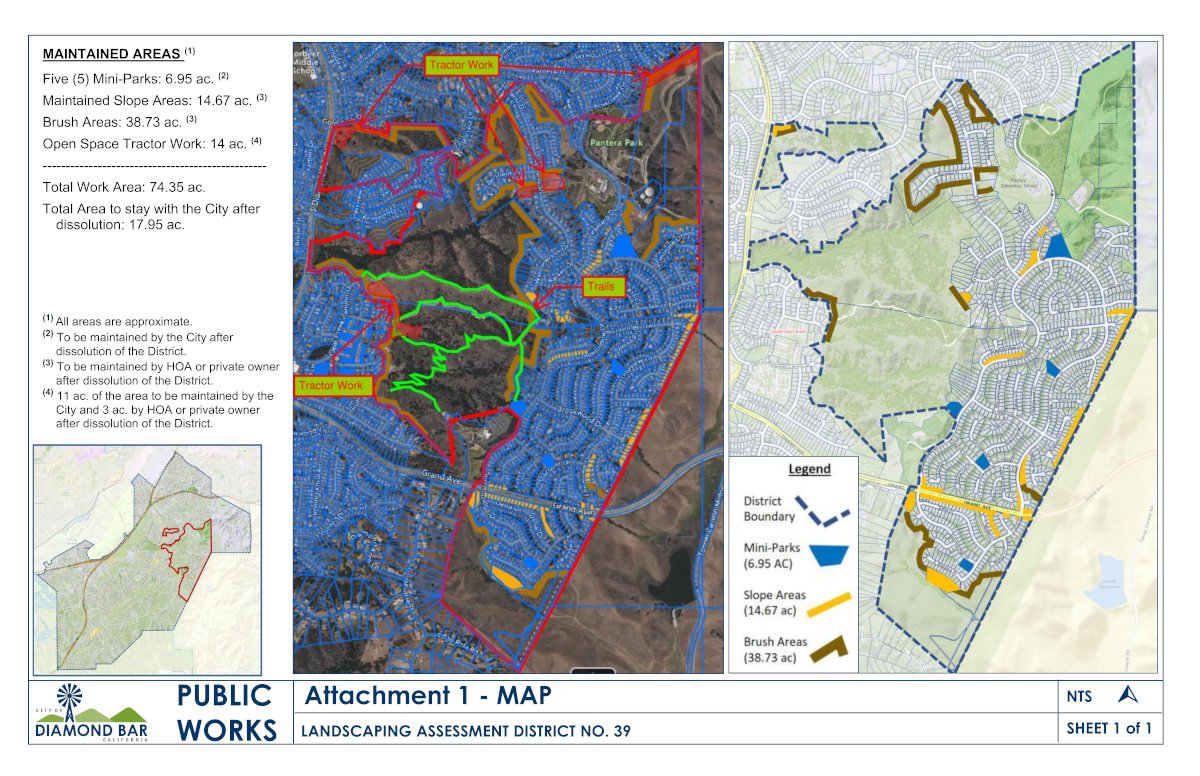 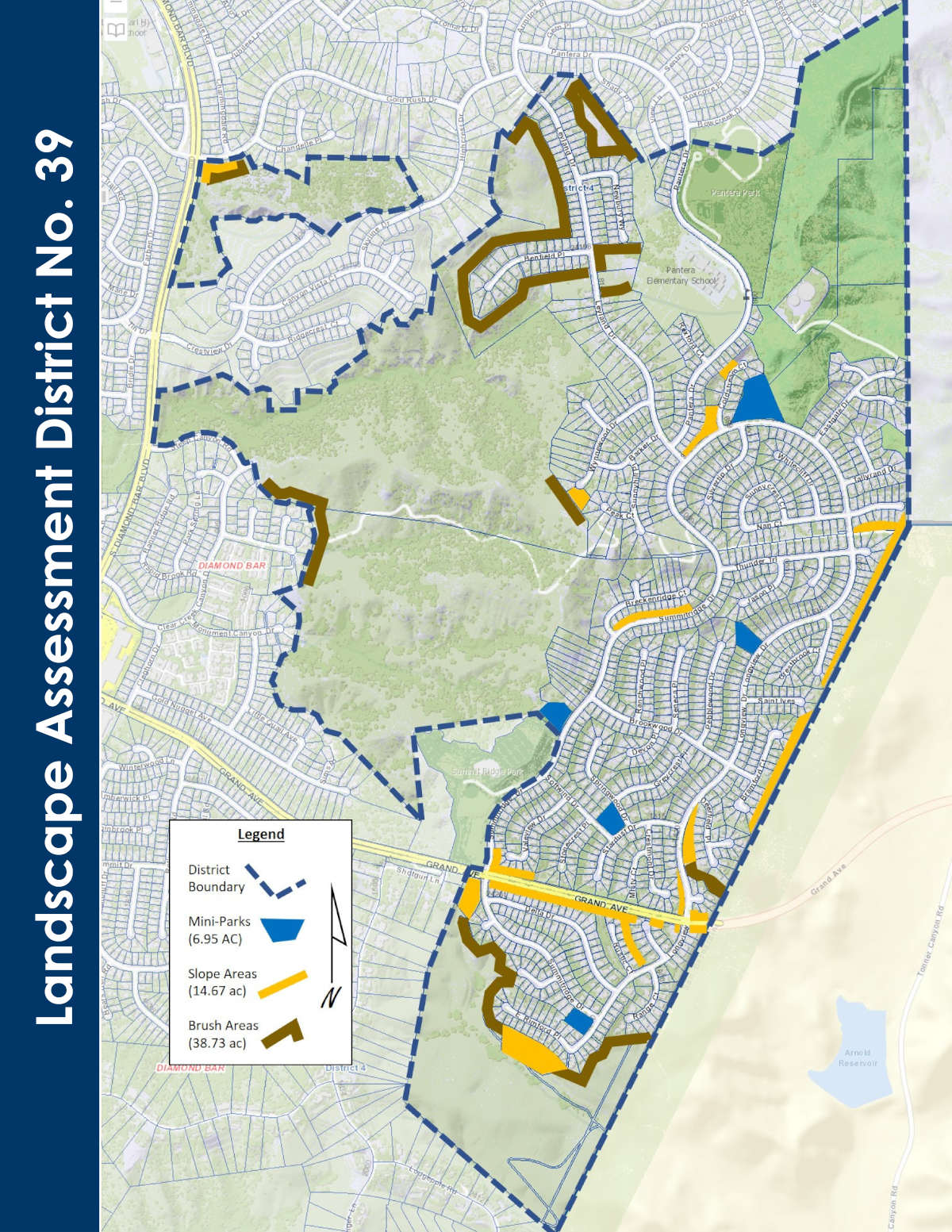 Background
The Diamond Bar Landscape Assessment District No. 39 (the “District”) was originally formed in 1985 by the County of Los Angeles to fund improvements and continued maintenance. Subsequently, The City of Diamond Bar (the “City”) assumed jurisdiction over the District when it became incorporated in 1989. Property owners within the District boundaries and the City currently fund these services and improvements. The City currently services and maintains 5 mini-parks, 15 acres of slopes, 39 acres of open space areas, and other landscape and irrigation improvements within the District boundaries. The District is comprised of 1,249 parcels with an annual assessment rate of $236 per parcel.

Challenge
After the passage of Proposition 218, assessments could no longer be increased for the District’s maintenance. As a result, the District does not generate enough revenue to support the existing services and improvements. The City’s General Fund has been subsidizing the maintenance of the District over the last ten years; however, it isn’t able to continue to cover the necessary costs at the current assessment rate.

Project
The City is moving forward with the dissolution of the District and is looking for community feedback in order to potentially establish a new District (District 39-2022) which would generate the necessary revenue to support the services and maintenance provided. 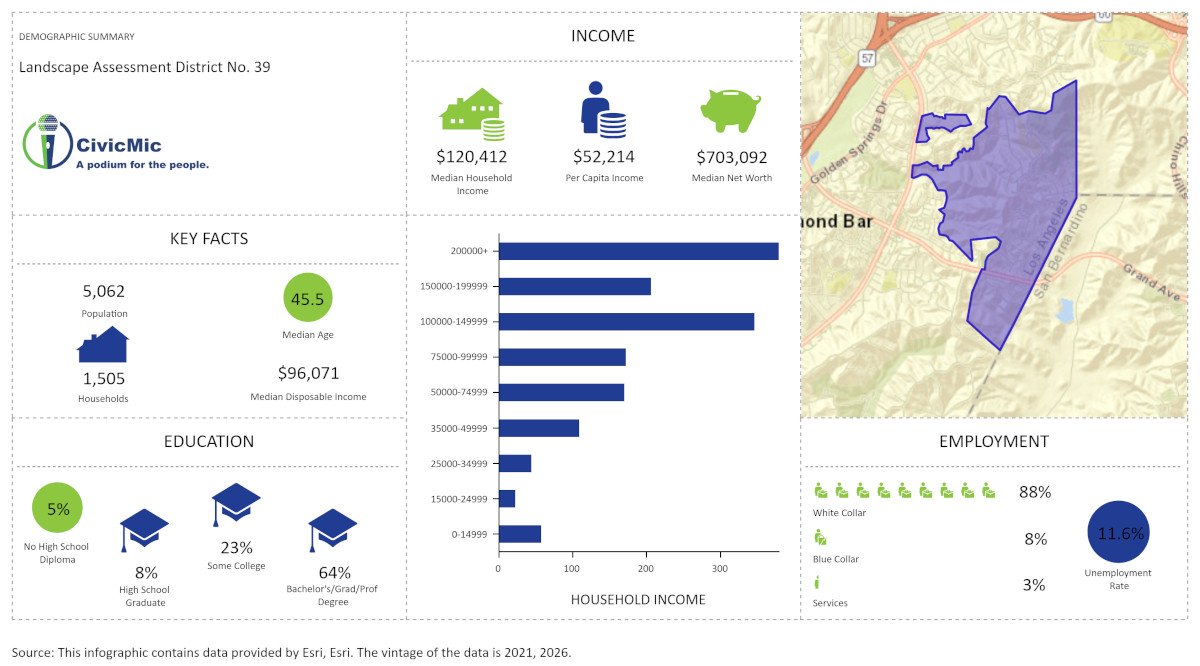 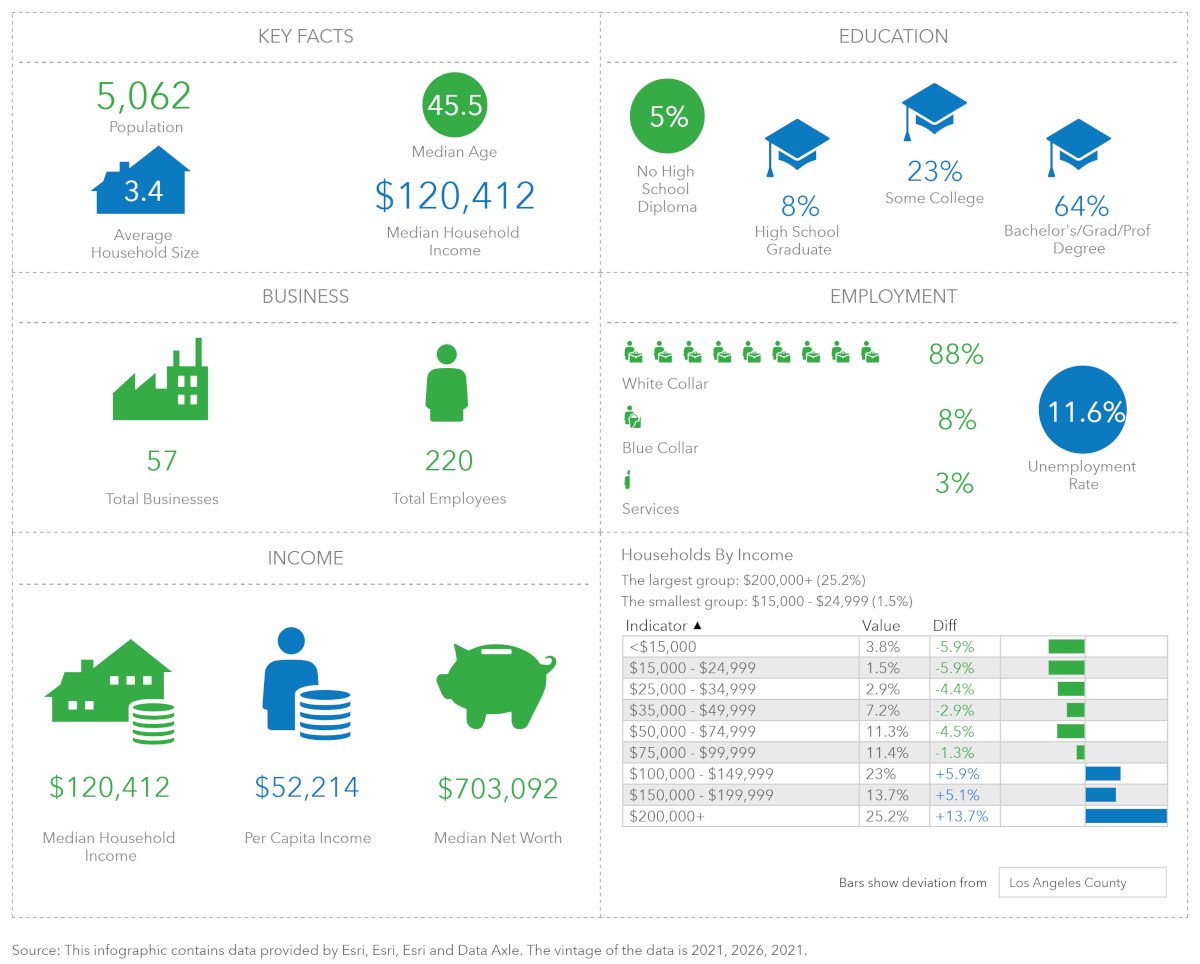 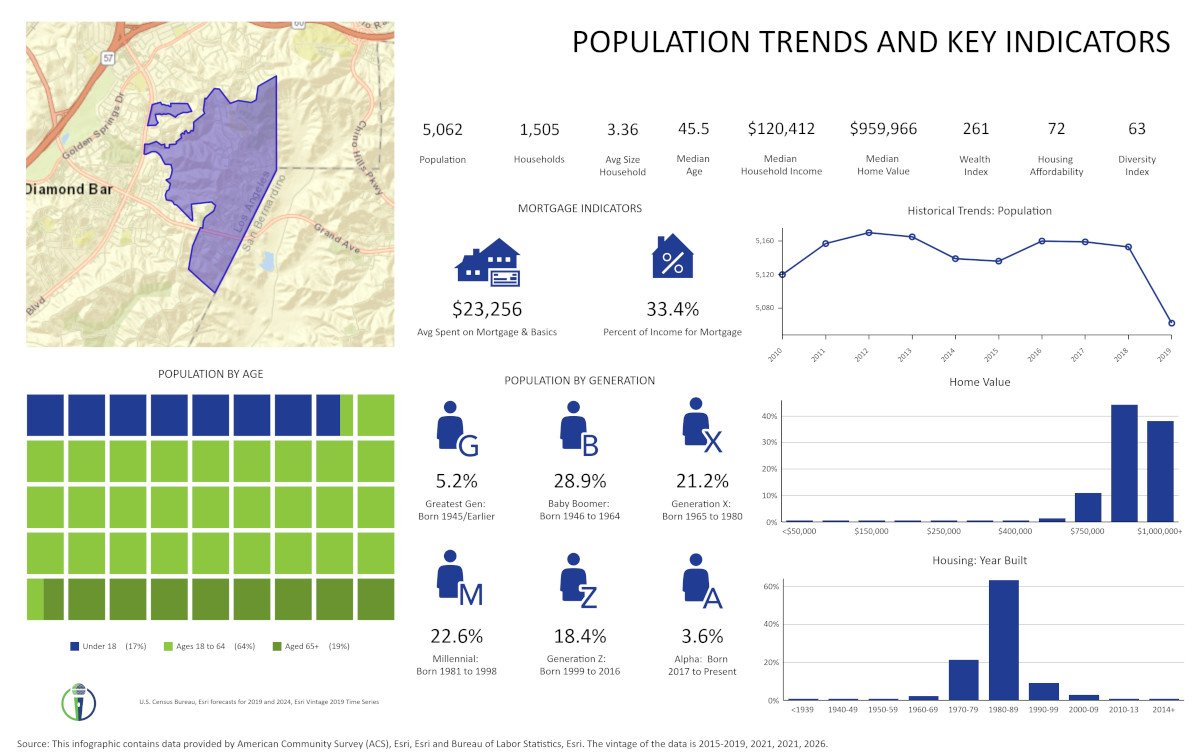 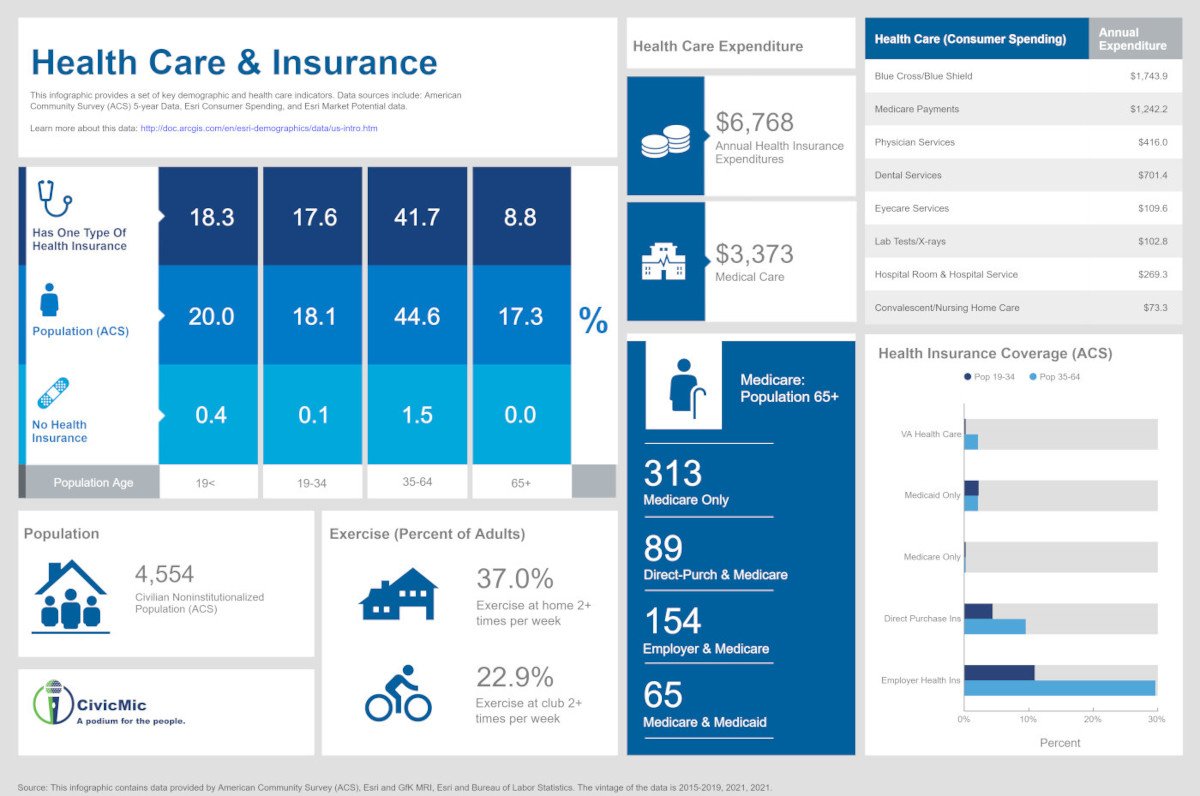 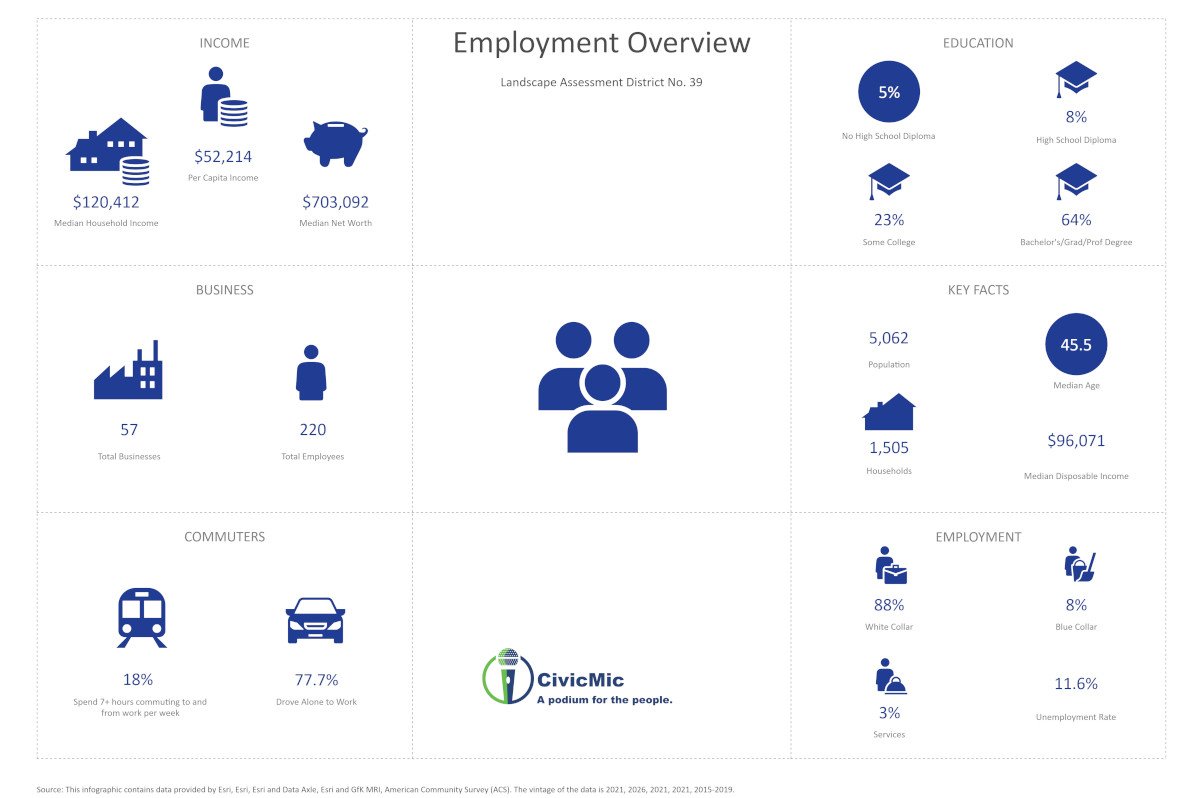 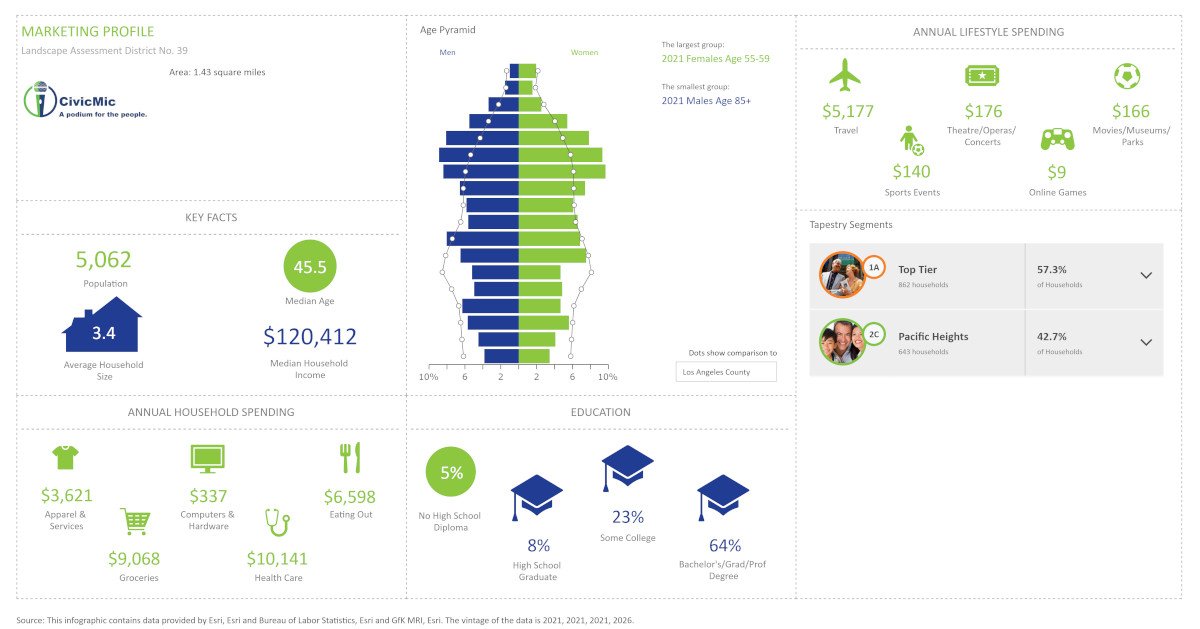