The County of Santa Cruz Rio Del Mar Flats Stormwater Drainage Improvements Project is a component of a larger project effort to construct and then operate a stormwater pump station in the Rio Del Mar Flats community (please see the area of study below). The new pump station is yet to be built, but the County has secured construction funds, design, and permits.  The County must secure funding for ongoing operations and maintenance before it can build the pump station.

CivicMic is working with the County to facilitate community outreach and public engagement with the community to consider an assessment on the property tax bill as the source of funding. This effort will determine the community's support for the project and the proposed assessment district to fund the ongoing operation and maintenance of the pump station. 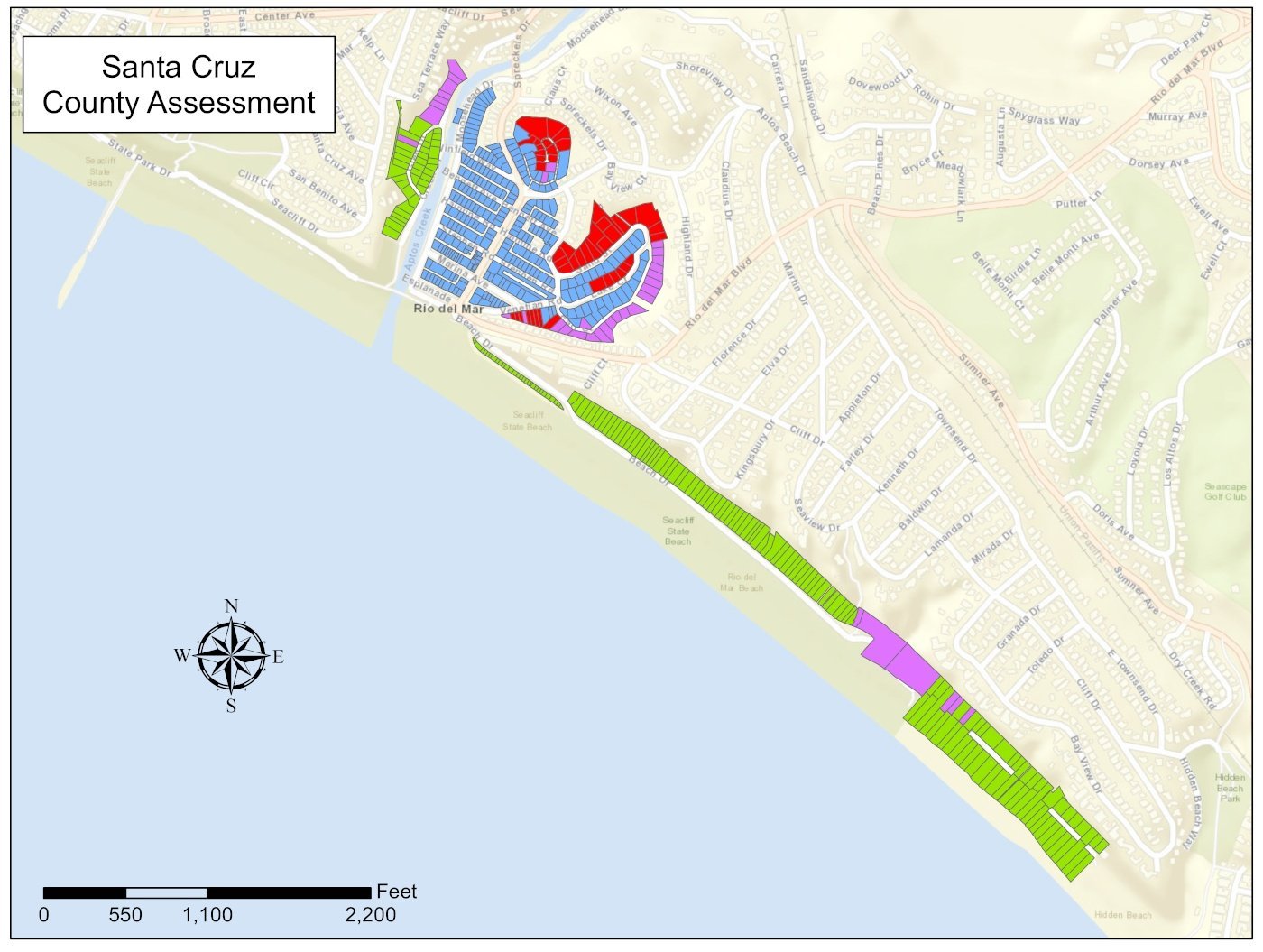 The Santa Cruz County Flood Control & Water Conservation District - Zone 6 was formed in 1986 and the need for fixing pre-existing drainage problems within the Rio Del Mar Flats was then identified. Unfortunately, Zone 6 does not receive a recurring annual tax base assessment but obtains funds only from a one-time development fee on net new impervious surfacing. With Zone 6 largely built out, the available declining fees are insufficient to fund construction or maintenance of a significant sized new project, such as the pump station intended to reduce the extensive rainfall ponding in this neighborhood. The County does not anticipate being able to successfully acquire at this time, a voter-approved tax assessment for the entirety of Zone 6. Thus, property owners within a smaller region more focused on those most benefiting from the stormwater pump station are being approached for the formation of an assessment district for this project.

The Rio Del Mar Flats neighborhood in the City of Aptos has a long history of repetitive flood events since development began in the area in the 1920s. The neighborhood has approximately 400 residential units, one hotel, and several small commercial buildings. The vast majority of the structures are pre-FIRM structures.

The most frequent flooding problem is ponding during rainfall-runoff events. The ponding occurs because the existing gravity flow stormwater drainage system has inadequate conveyance, in large part because of the very gentle slopes in this neighborhood which result in low flow velocities. The limited conveyance is also exacerbated by frequent impairment of conveyance from sediment and vegetative debris accumulation in the pipes. Stormwater drainage ponding flooding in the neighborhood is concentrated along Aptos Beach Drive, the adjacent side streets, and the Esplanade, which are the lowest areas in the Flats neighborhood.

The Rio Del Mar Flats neighborhood is also subject to overbank flooding from AptosCreek and stormwater surge flooding from the Pacific Ocean. River overbank flooding or stormwater surge flooding occurs with return periods greater than 10 years. Mitigation measures for these longer-return period flood events will be much more expensive and will have significant permitting issues. Mitigation measures for these flooding events are not included in the current proposed mitigation project.

The proposed project addresses and solves the most frequent highly-repetitive flooding problem which is ponding in the lowest part of the Rio Del Mar Flats neighborhood during local rainfall events. 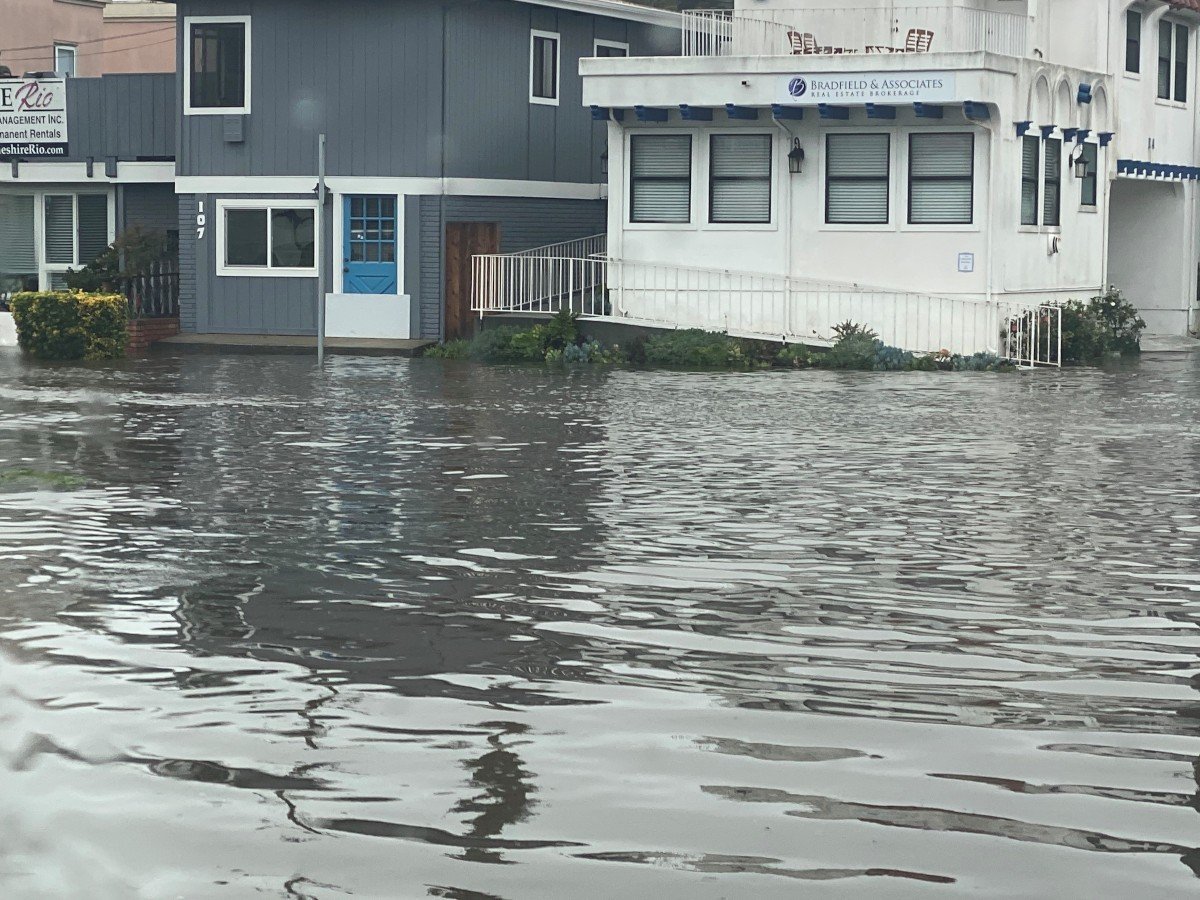 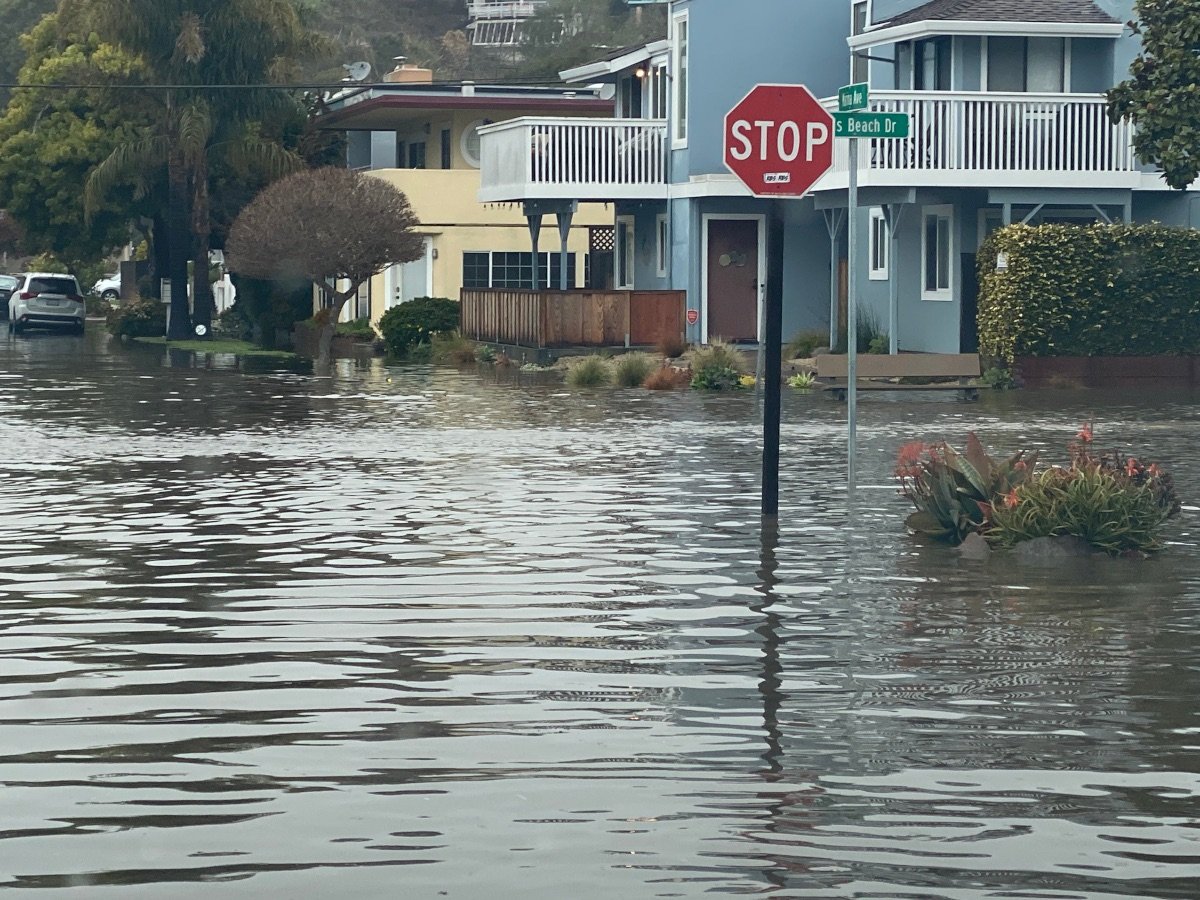 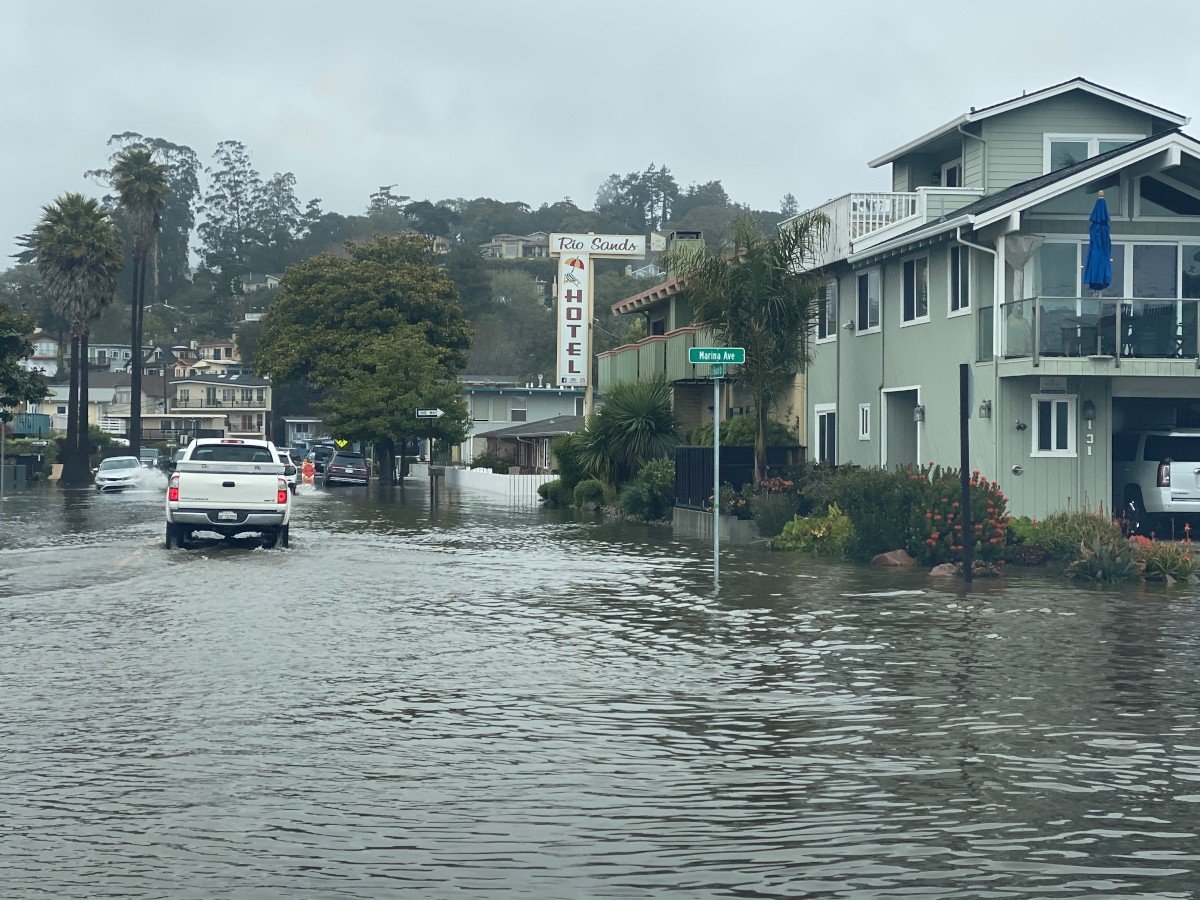 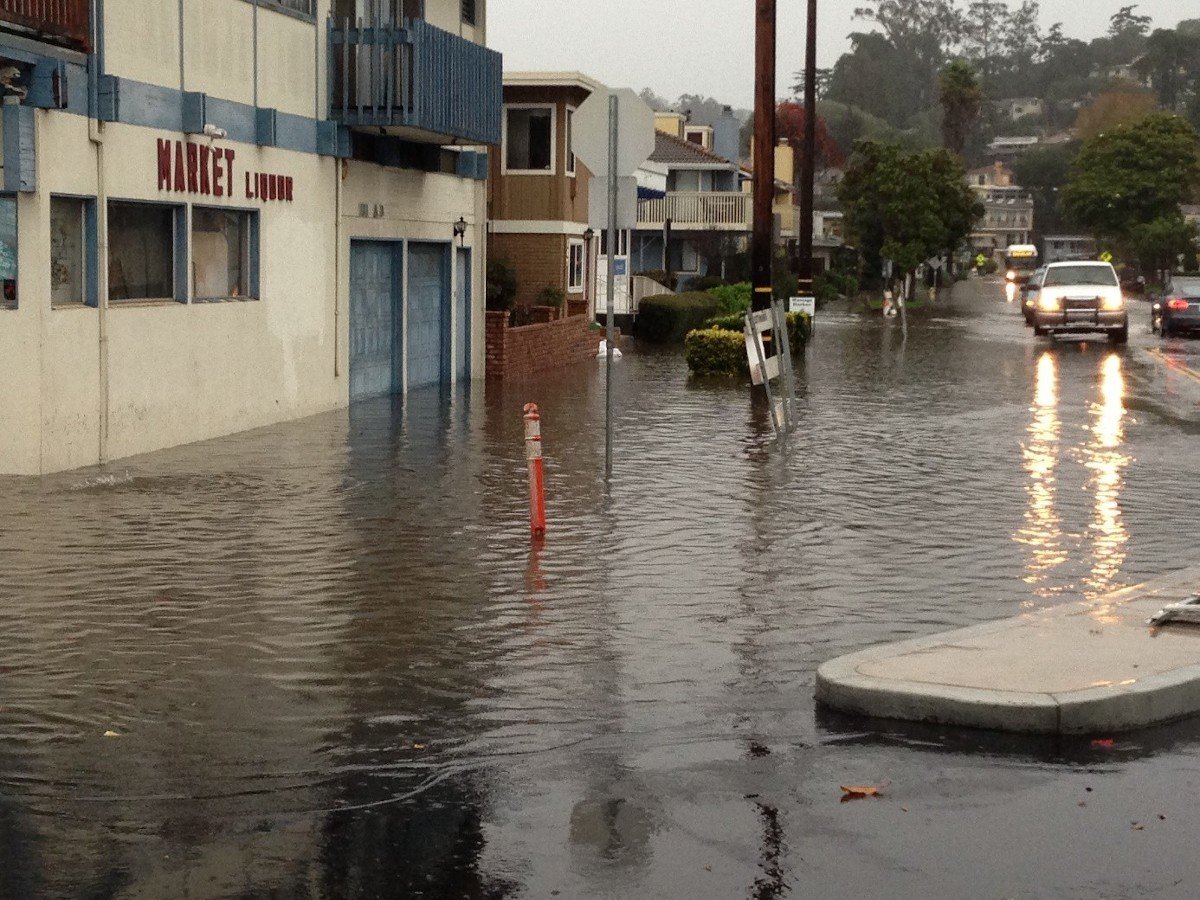 CivicMic is hosting an online survey to help the County of Santa Cruz determine the community's support for the stormwater drainage improvements project and the proposed assessment district to fund the ongoing operation and maintenance of the pump station.

Your participation in the Rio Del Mar Stormwater Project is very important.

Please bookmark and visit the CivicMic website often as additional information will be posted. In the meantime, please use the “Share this:” buttons below to share this announcement with your neighbors.