As recently posted by CivicMic, the City of Oxnard Maintenance Assessment District levies were approved for Fiscal Year 2020-21 at the June 2, 2020, Council meeting.  The approval did not include the Victoria Estates Landscape Maintenance District No. 48 ("LMD No. 48") assessment levies.  LMD No. 48 was formed in March 2003 to fund the maintenance of public improvements for the Victoria Estates community.  However, LMD No. 48 was dissolved and the assessments were last levied in Fiscal Year 2016-17.

The maintenance of the exterior public improvements (perimeter, parkways, and medians) surrounding the Victoria Estates community has since been funded from the City's General Fund.  Maintenance costs, including utilities, have significantly increased over the years and lack of funding from the General Fund has resulted in a lower maintenance level of service.

Important:  Proceedings to fund the maintenance of the exterior improvements (perimeter, parkways, and medians) must be approved by the Victoria Estates community. The City can’t proceed without the community's participation.

Click on the links below for quick access to general information about the City's maintenance assessment districts. 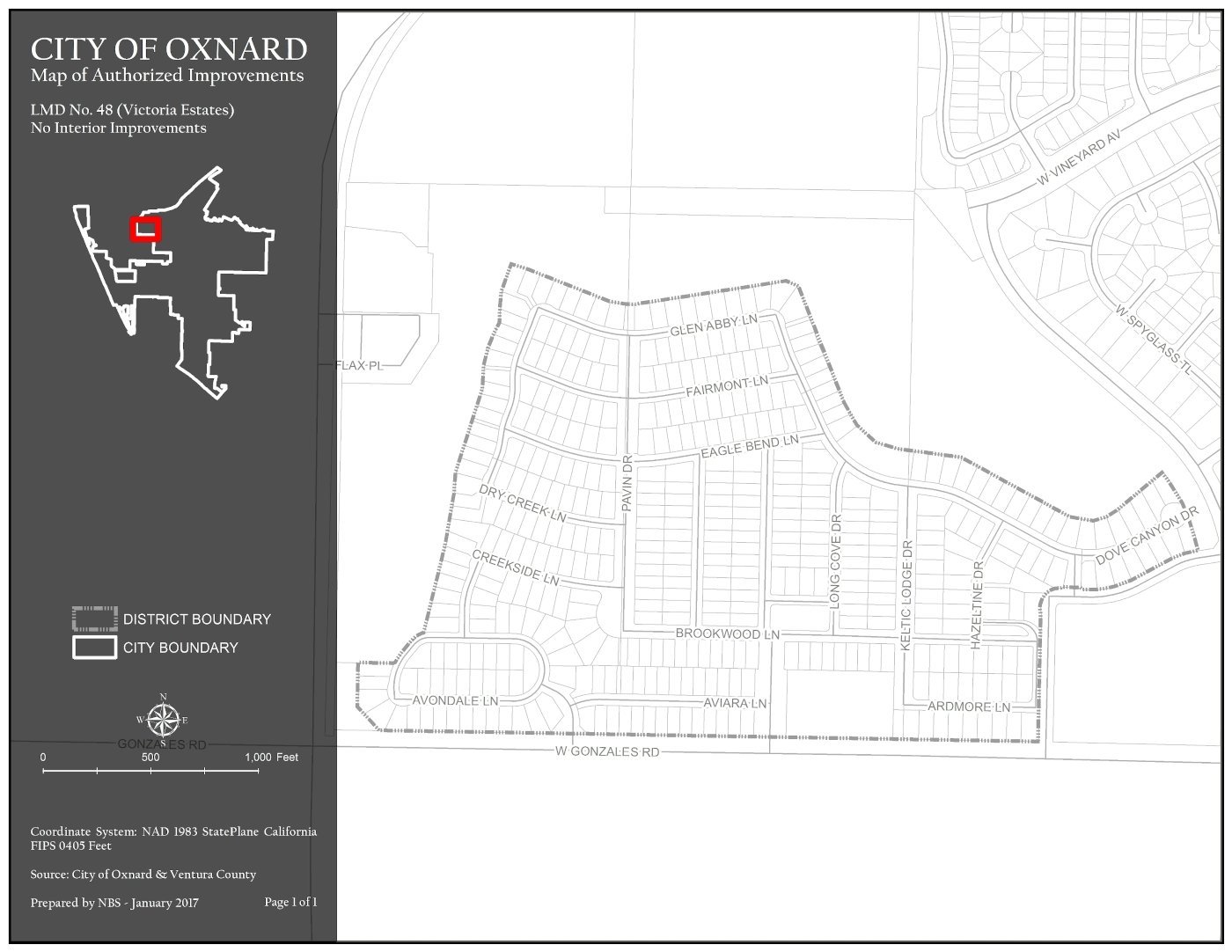 Join us to learn about available options to improve the Victoria Estates community including the exterior improvements (perimeter, parkways, and medians).

Please use the "Share this:" buttons at the bottom so your neighbors can sign up to receive update emails and participate in the process!

The City of Oxnard wishes to engage constituents in a collaborative governance effort to find and implement solutions for the revitalization and long-term viability of public improvements in and around various neighborhoods in the City thus protecting real estate values and enhancing the quality of life for its residents. Solutions are expected to include the creation of citizen advisory committees, ongoing monitoring, and adaptive management techniques to ensure the sustainability of desired outcomes and successful implementation of the agreed-upon solutions.